How I Became a Vengeful, Psycho Killer 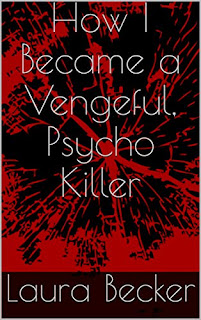 Dava never expected to find herself staring down the wrong end of a revolver in the prologue (or is it chapter one?) of a heart-pounding psychological thriller. But now that she has, there’s just enough time for an obligatory flashback to reflect on just how she got here before the gun goes off.
How I Became a Vengeful, Psycho Killer is a suspenseful, sexy, self-aware thriller that knows the rules and plays by them all; with a surprise ending even the genre archetypes who populate this story don’t see coming. Sex, secrets, stalking, obsession, jealousy, mystery, and murder all converge on the life of 18-year-old Dava and everyone’s a suspect. Her not-so-loyal family, her so-called friends, her dangerously-jealous boyfriend, the intriguing femme fatale, and a fling from the wrong side of the tracks. But will she survive and make it to those two glorious words “the” and “end” to tell her own tale or will the epilogue hold a darkly satisfying twist?