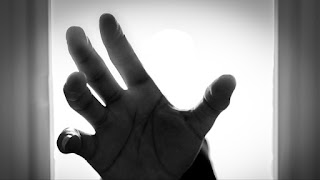 Today, I was forcibly prayed upon in the coffee corner of Trader Joe's! And yes, I mean the "ay" type. But now, reflecting back, I clearly see there was a heavy dose of the “ey” type as well!

I was just standing there, grinding my own beans (to pregrind or not pregrind is another passionate debate for another post), when she came out of nowhere, sidled up beside me and extended her hand saying, “I want to pray for you.” Telling. Not asking. Her wants. Not mine.

To which I politely responded, “No thank you. Not right now.”

Then I continued bagging my beans, assuming those six words were well enough. Clear, yet cordial, while expressing my personal boundaries for my physical person at that particular point.

She put her hands on me ANYWAY and went right on ahead in hushed tones with her personal plan of playing prophet. This was no longer prayer. It stopped being about a higher power the minute her personal agenda took precedence over anything of mine that was personal.

Pray for me on your own time. Fine. Rebuke me. Fine. Stand there in front of me and cry unto the Lord as loud as you want. It's your right.  (To a certain extent, it is Trader Joe's after all. Private property.) But don't put your hands on me once I've said no and call it prayer!

Jesus did not force his physical hands upon those who declined. There is no passage in scripture calling on people to go forth as the savior’s select S.W.A.T. team, pouncing on people with a power that evidently extends no further than their personal palms. It does not help the Christian cause to crusade through the coffee aisle cornering people for Christ.

The assumption, that you, a perfect stranger, are the only one with a direct line to the Lord about someone’s personal life and what they need does damage. It is demeaning. And humiliating. And belittling. Who exactly is being exalted here? That is not the spirit moving. That is something else. The ego perhaps? Or maybe it’s just too much caffeine? In which case, this isn’t the aisle for you.

You stopped seeing me long before you closed your eyes and opened your mouth with words that weren’t, “Lord, thank you for this woman's patience. Please give her the wisdom and strength to handle me in the appropriate manner here shortly”…as they likely should have been. Because that’s what I was praying. And at least we could have been on the same page.

And so I will be praying for you…that someone doesn’t “lay hands” on you in kind one of these times. Especially after you’ve declined.