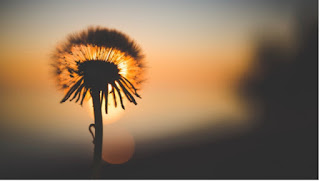 Hope provides a pressing forward. A progression. A pursuit. The result of looking beyond that dimmed horizon with our hearts to the coming dawn…which is inevitable.

In our despair, we fall back, dragging deeper into darkness, fueled by fears fed with what-ifs, finding ourselves further still from that place where we finally see the light. A pointless position where we’re somehow persuaded to take up residence. Ruling out any possibility of the very real rays just beyond the ridge.

But no one can stop the sun from shining. Prevent it from pouring forth, casting out shadows. It can merely be obscured, as we’re shielded with clouded considerations and foggy forgone conclusions. Lies we’ve let linger in an attempt to prolong the night so we might hide from the whole truth and our parts in it just a bit longer. But the sundown cannot sustain. Nor should it. For the shade is always shifting.

So, by all means, mourn.

But do not surrender hope, just because it is asked of you. Or easier. Or lost. No!

Seek it out! Snatch it back! And soldier on! Holding it tight, like a torch, leading us into that impending tomorrow filled with a radiance that cannot be rescinded. 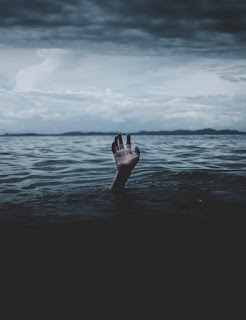 You reach your presence out to us and promise:

Here we find ourselves in a hell-storm of hatred where those with wicked hearts are revered and cruelty is commended,

Armed to the teeth with weapons and words with the safety long unlocked; the trigger tickling the tips of our tongues and annihilation just a keystroke away,

Socially distanced across a chasm that already cut right through the basest blue and red wrongly assumed to be all that we are, leaving intact only the white of the flag that we’ve formed into one of surrender to our fears.

A house divided, where one will not forgive the utterances of another and in return the sins shared betweenst, bent on the blasphemy of banning hope.

Where love is rejected and all are judge and jury, but there is no order in this fictitious court of our own creation stacked with personal preferences and prejudice,

Ordering orientation of others and sentencings of self-denial, shoving our sisters and brothers to the backs of closets from whence they once came for our own comfort and convenience because acceptance might just take a smidge of effort and empathy and enlightenment,

Because we like it dark ‘round here where we do our deeds disguised as dignified through the commercial commoditizing of our lives, which we weigh against potential gains and losses,

Sold on an auction block that was supposedly bygone, but still bets against the brown and black skin of our siblings whom we deny in the presence of the purveyors’ empty promises in a ‘Merican market of mayhem and marginalization that devalues us all as we sell our souls to perpetuate the privilege.

Appetizing our angst into soundbites as we down the decay of dishonesty and disinformation disguised as delicacy, ruminating and clenching our jaws on what should never have passed our lips in the first place, fighting to swallow as it sticks to our insides, bringing about a heartburn that has little to do with heart and more with reflux and reflex and regurgitating poison talking points begging purge until the acidic untruths ulcer within, ultimately eating us alive.

Because we’ve put it all into hock with the attempted short sale of our salvation, as if its grantor, falsely deemed a lender, would ever approve,

But we’ve convinced ourselves we can trade up, if only we sell out somebody else to make it so. Betting we can bargain our birthright on margin in an attempt to get ahead of all of the “others” well beyond unworthy because the prosperity gospel declares them so. With their poverty pronounced sin, they wouldn’t be there in the first place if they were people of price because it’s not possibly a problem of those perpetrating it through superior positions.

And it’s alright says the alt-right with wayward words that award whiteness the winner with nothing done to deserve it. Granting grievance over grace, gift wrapped and given to grind down the already downtrodden, heavily heaped upon scape goats gone forth amidst the slobbering mob which seeks to satiate their emptiness by tearing to shreds those sent to us from elsewhere. Yes, sent, as strangers seeking reception, yet winding up against walls with their little ones locked away falsely calling it security claiming to “protect” us from brownness at our borders when there’s already a terrible malignancy marking us within.

A cancer that cannot be overcome because we refuse to acknowledge the diagnosis and insist it’s nothing more than the remnants of that bad something-or-other we had once upon a time, long, long ago that somehow just seems to linger. And linger. And linger.

Until we full-on relapse like the addicts to our own self-delusion that we are. Again and again. Going back to draw from the dry hopeless wells of deceit repeatedly continuing to drink dirt, miraged as miracle under the politician’s promise, rather than receiving the living water offered if only we will share a cup. But our vanity intervenes, bringing us back to the lie that there are lives worth less, suffocating on the dust to which we will ultimately return and of what we are made because we refuse to even touch the tumbler on which another’s lips may have landed.

We turn up our noses returning to the Jim Crow fountains, now more refined, as a sort of bottled water version of bias, pumped up from our darkest desires and slipped into the secretive storehouses of sin safely inside the gated walls of our “good neighborhoods” where the other is not wanted. Slurping down the subpar swill that is nothing new, all just repackaged and repurposed for the current century and will only leave us thirsty again and standing in the desert of a vanished oasis that never really was…on stolen land.

And for this, I am furious…that it’s all disgustingly done in your name!

And we, your supposed people, say nothing. We wish not to rock the boat when it’s already sinking asunder from centuries of neglect. The lazy inaction of sitting on the sidelines, infuriated by those actually in the game because some of them may be kneeling rather than worshipping an idolistic image, claiming you as our savior screaming, “America first!”…forgetting or flat out forfeiting the truth that you come far, far before that.

And yes. Yes. I have fault in this. A fault that I can never fix myself and so I ask that you please save us. Please. Stop this sorrow and save us yet again from ourselves. And send us toward that long arc of justice ever curving, reaching down to the deserving someday to crush us underneath, but by benevolence at last grabbed out by your grace for abatement.

Have mercy oh, God. And forever change in us that which we are unable to change ourselves, overturn our unwillingness, and hold us accountable to all that we are responsible to reconcile if only we will…however hard it may be. Because avoidance brings you no glory.

And let it be for that. Not as loss or waste, but for the remembrance of your righteousness. To be told and retold and told yet again, of your reigning resolve to cherish your children. ALL OF THEM. And speak as witness with gratitude for your promise: