Press Release From The 10th Circle of Hell 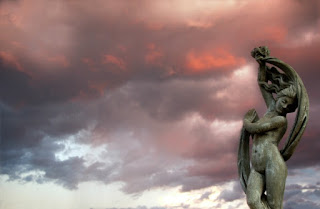 For Immediate Release: VANITY NOW A VIRTUE NOT A VICE!

To: All Members Of The Christian Faith, The United States Of America
From: The Office of Public Relations
10th Circle of Hell
666 Lake of Fire Dr.
Hades
Dear Church,
On behalf of the other nine circles of hell, let me begin by telling you what a great pleasure it is to announce, that after a centuries long review, it’s finally official: VANITY IS NO LONGER A VICE!
We must admit, we were originally disappointed, when vanity was not catapulted to the pinnacle of prominence as one of the original seven deadly. It just flew under the radar, simply slapped on as a sub sin in the category of Pride. But in the long run this has been an unanticipated benefit for those of us who never saw social media coming.
So, after centuries of struggle, we now submit to you that this vice has been promoted to virtue. And please trust us when we tell you that this declaration needs no higher scrutiny, for as we have observed over the past year, you have personally proclaimed yourselves as the highest possible authorities in existence, and for this we cannot thank you enough.
It’s beyond our wildest dreams to see you finally fully embracing the false notion of your own infallibility. Publicly proclaiming, in post after post, how absolutely right you are. And should someone find fault with something you’ve said or shared or done or chosen, you simply point out someone else’s wrongdoing, magically transfiguring the current culpability and all future failings. Cleansing at least your conscience, if not your soul.
And let me further applaud your efforts at crafting a Christ trademarked in your own image. A very American Messiah tested and tried against the gospel according to your gut. Who coincidentally only supports your worldviews and wants. Which you are happy to prove by dipping into doctrine, dragging out dollops and shaking loose any context or culture that could make it mean anything other than what you want. After all, the Bible sounds so much better in sound bites, don’t you think?
Guilt free gods yourselves able to worship what you please, be it political party or patriotism or self-preservation or appearances. After all, America first! And believe me when I say you have our full support in this because who needs all that hooey about “no other gods before me.” I mean how vain is that?
Thus proving our point that vanity is a virtue! See how convenient scripture snipping can be?
But we especially want to thank all of those who have remained relatively silent. Who have spoken little out of fear of rocking the boat with your fellow American Christians. Who’ve exchanged pleasantries in the pews to help keep up appearances. Your vanity in this area has been the greatest gift of all. And we owe you more than we can ever express. Your quiet compliance has helped make all of this possible.
So keep up the “good” work with all of your statuses and selfies and self-centered worldviews. Or by saying nothing at all. Because when you look good you feel…well at least everyone will think you’re good. Because after all, you’re an American Christian. And vanity is now a virtue.
Posted by Laura Becker at 10:40:00 AM