The Weight Of It All 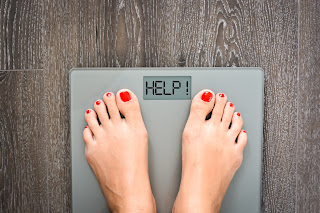 I don’t carry the weight of the world on my shoulders. I carry it on my stomach…and hips and boobs and backside.

I’ve swallowed my feelings along with the flavors that force them down fastest. Not bad things or unhealthy things, just too many things. Because there have been entirely too many things out of control in our current climate.

Things that I’m having difficulty digesting. Things that just don’t sit well in my gut. Things that leave me feeling hungry for a better world and so I have filled that emptiness with whatever is at my fingertips.

I haven’t bitten off more than I can chew. I have gnashed and gnawed, clinching whatever was in my jaw with each new disastrous development.

And it’s been hard to look away from the drama unfolding before our eyes and put down the popcorn. It’s been proven we eat more when watching anxiety producing plots. We seek to satiate the scare. Horror stories sell snacks. And our plot has definitely thickened, along with my waistline. Politics, gunmen, sexists, insurance, assault, wages, wars, racists, rape, fascists, flags, fear, fires, hacking, hurricanes and hate. Endless, heaping helpings of hate.

And it’s become too much, the weight of it all. Mine included.

And instead of going for a run, I just want to run away, exercising nothing but my right to solitude and sorbet.

But there’s so much of it. So very much right now, that I just can’t get away from it…much like my burgeoning backside.

At this very moment ash is falling from the sky into my driveway. And each fluttering flake was once a vital part of someone or something’s life. It’s literally touching me. As well it should.

Without eating me alive.

So I’m pushing back my plate…and everything on it, if only for today. And going for a walk, somewhere indoors because the air quality is just too poor outside.

And it doesn’t mean I don’t care. I do. Very much.

But it’s okay to care for me too.

Otherwise, I won’t be able to do anything about the things I can indeed do something about.


And maybe, eventually, I’ll return to being able to actually enjoy and savor those occasional times of solitude and sorbet. Rather than just swallowing them down to get by.