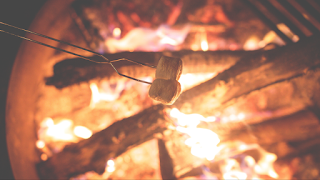 “Right after surgery…on all of those drugs, I dreamed I was in a forest filled with butterflies roasting marshmallows with Bob Barker.”

And she laughed. There were so many unknowns still out there, but the least I could do was assure someone else who was now facing them, that even in my extreme case, I had found something to laugh about. I had been through a plethora of the possibilities personally and there was only one thing we could be certain of…that we weren’t certain. Until the answers to the tests come back, you can only know what you know. Guessing doesn’t change anything, but that doesn’t stop us from doing it anyway.

I had guessed. I had wondered. And I had been wrong.

All of the symptoms pointed to perimenopause.
Fatigue…check
Increased cramping…check.
Increased flow…check.
Unpredictable cycle…check.
Trouble sleeping…check
Over 40. Okay, but only by one year and my mother didn’t hit menopause until late, but okay…I guess…check.

It was just part of getting older. And the weight gain had to be part of it too, right? Especially in my middle. My doctor would tell me, “You shouldn’t carry so much weight on your middle.” And so I would lose weight, but not there. I would jokingly refer to it as my “belly shelf.” Nothing enormous, just a constant tummy, no matter how much weight I lost. For the bulk of my adult life, it would go down, but it just wouldn’t go away.

I met a woman for lunch to talk about working with kids again, here in our new town and in the middle of the meal, it hit me. I started glowing bright red right there in the booth at Corner Bakery. Sweat beads bumping up across the bridge of my nose and trickling down the back of my neck. Soaking through my sweater in front of a complete stranger. I was cooking right out of my skin and I felt light headed…I didn’t realize the light headedness was part of it, but I’d never had a hot flash before, so now I knew…or so I thought. I checked the final indicator off of my list and was certain my guessing had landed dead on the bull’s-eye, until...

I was gripping the bed as I lay there watching WHITE CHRISTMAS. We now lived one block from the beach and I didn’t even want to leave the house…couldn’t, let alone the bed. I was cramping worse than anything I had ever felt and I was on my period AGAIN. But this was more than menstruating. This was bleeding.

My husband finally told me that this wasn’t normal. That he respected me, but if this didn’t stop in the next hour he was taking me to the emergency room. I didn’t look good. He loved me too much to just sit by and watch this happen. It stopped. I made a doctor’s appointment.

In the mean time, waiting like the fool I was, I cramped until I shook. Turned extremely pale. And had hot flashes so severe I thought I would burn the house down. Then sweat so hard I was certain I would flood us out. I would tell myself to stop being so weak, women start menopause all over the world every day. Don’t whine about it. Toughen up.

I made it the two weeks to my appointment with my new doctor in our new location. I walked in and immediately started apologizing. And she stopped me. She could see that something wasn’t right. She sent me for tests. I needed surgery. I needed everything removed. And I’m purposely not saying why. So that you can guess about me, instead of yourself. Don’t guess. Don’t compare. If something’s not right, it’s not right. You’re not complaining. You’re not a bother. You’re not weak.

“That whole ‘spayed and neutered’ thing I guess.”


And then she laughed again. Even though it was just a guess.