I Was Thinking I Was Afraid 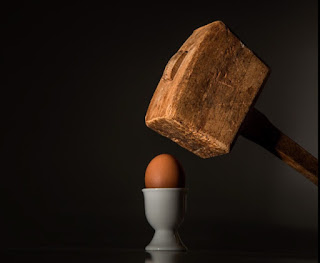 “Good-bye Laura! Good-bye! I don’t want to hear it! Get your purse and get out of my house!!!” Then she tore off a check and threw it on the floor. I did not want to pick it up. But I had to. I needed it. I surrendered my dignity, bent down at her feet and gathered what I had earned.

She continued screaming at my back as I crossed the lawn with focus and deliberation through the vanishing sunlight and rational behavior to my car. Hot tears of humiliation poured down my cheeks as the neighbors flung open their front doors in the otherwise quiet, extremely upscale neighborhood, to gaze upon the girl who had obviously done something absolutely abhorrent and was completely deserving of what was now transpiring. She had to be. She was, after all, as she was repeatedly reminded in a mocking tone only “the hottest new accessory…a white nanny.”

The day before, this woman’s oldest son had punched his father thirteen times and beaten him with a golf club. Despite this, I had insisted on returning the next day to put in my two weeks notice as to not inconvenience them. What? Inconvenience them? What was I thinking?!?

I was afraid. It’s amazing what you’ll put up with when someone more powerful makes you feel threatened or helpless or worthless. And we wonder why people get away with bad behavior? This is why.

I had bills to pay, obligations to meet and no way to do it with a ruined reputation. And that is exactly what would happen if I wasn’t believed. That’s a big motivator to shut up and stay in line.

And although it took every ounce of courage and willpower I had, I did go ahead and type up everything, date and submit it the day of the incident. My agency contacted me. They were removing me and working to place me elsewhere for my own personal safety.

They believed me. In my case, it turns out other complaints had been filed with other agencies. And neighbors had made phone calls, reporting concerns, on previous occasions. And yet, I still wound up in this situation. Someone had to be first. And they obviously weren’t believed.

I did go on to nanny for two more families in the coming years. Both of whom respected and embraced me, enabling me to love and care for their children to the best of my abilities. And I love them to this day.

I was fortunate. I was believed. I was protected. But it still amazes me that they were able to do this to other people before me despite complaints.

And after? I don’t know.